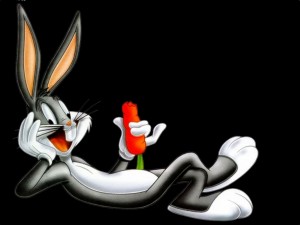 May it be the best ever – the pick of the tastiest, sweetest bunch!

According to tales and legends, the beginning of Chinese New Year started with the fight against a mythical beast called the Nian (Chinese: 年; pinyin: nián). Nian would come on the first day of New Year to devour livestock, crops, and even villagers, especially children. To protect themselves, the villagers would put food in front of their doors at the beginning of every year. It was believed that after the Nian ate the food they prepared, it wouldn’t attack any more people. One time, people saw that the Nian was scared away by a little child wearing red. The villagers then understood that the Nian was afraid of the colour red. Hence, every time when the New Year was about to come, the villagers would hang red lanterns and red spring scrolls on windows and doors. People also used firecrackers to frighten away the Nian. From then on, Nian never came to the village again. The Nian was eventually captured by Hongjun Laozu, an ancient Taoist monk. The Nian became Hongjun Laozu’s mount.

<<<<<<<<<<<<<<<>>>>>>>>>>>>>>>>>>>>>>>
People born in the Year of the Rabbit are articulate, talented, and ambitious. They are virtuous, reserved, and have excellent taste. Rabbit people are admired, trusted, and are often financially lucky. They are fond of gossip but are tactful and generally kind. Rabbit people seldom lose their temper. They are clever at business and being conscientious, never back out of a contract. They would make good gamblers for they have the uncanny gift of choosing the right thing. However, they seldom gamble, as they are conservative and wise. They are most compatible with those born in the years of the Sheep, Pig, and Dog.

This entry was posted in Celebration, Just for fun, Myth & Legend, Odd stuff. Bookmark the permalink.